September’s update 1.6.0 brings forth some big changes in combat mechanics and balancing plus forcefield animations and a whole host of fixes and is live now on Steam. This could well be one of the last updates before leaving early access on October 7th, however even after full release I will still be addressing any bugs that emerge, with planned new content for things like mission packs and new units also on the cards.

Previously the combat system would use the weapon’s dmg lo stat to try beat the target’s defense, now a dedicated ‘PWR’ stat is used instead. The PWR stat determines whether a weapon will do only it’s minimum damage to a target or do random damage between the low and high range.

if PWR is equal or higher than the target’s DEF then random damage between the lo and hi ranges is
deducted from target’s HP.

if PWR is less than the target’s DEf then only the low damage is done.

Due to being able to conceal themselves easier than vehicles, Infantry-type units now get a +2 DEF bonus for moving to a square with terrain that provides cover such as forests, hills, fields of cacti, craters etc. Doing so displays a shield icon above the unit sprite and in the UI bar. Naturally enemies can now do the same.

Greetings Neo Earthers!
This month’s update brings visual and in-game currency improvements and a couple of minor fixes thrown in for good measure. Head over to the Invasion: Neo Earth Steam page to check out the newest features in both the demo and early access versions. The full game is set to be leaving early access after a couple more updates by the end of September/start of October 2022.

– Shadow sprites added for all units and enemies

– In game currency bonus pickups that can be collected on maps by moving a unit on to them, there are two types:

The RP picked up go straight into the ‘free cash’ reserve and can be used to buy units for the next battle.

– pause added to defeat condition triggered by base destruction to allow animation to play out before menu pops up.

I’m happy to reveal the latest regular update for retro-styled sci-fi strategy game Invasion: Neo Earth. Version 1.3.0 is all about quality of life improvements, plus some gameplay and sound tweaks.

Don’t forget you can follow @iao_dev on Twitter for regular development updates, of which plenty more are planned. 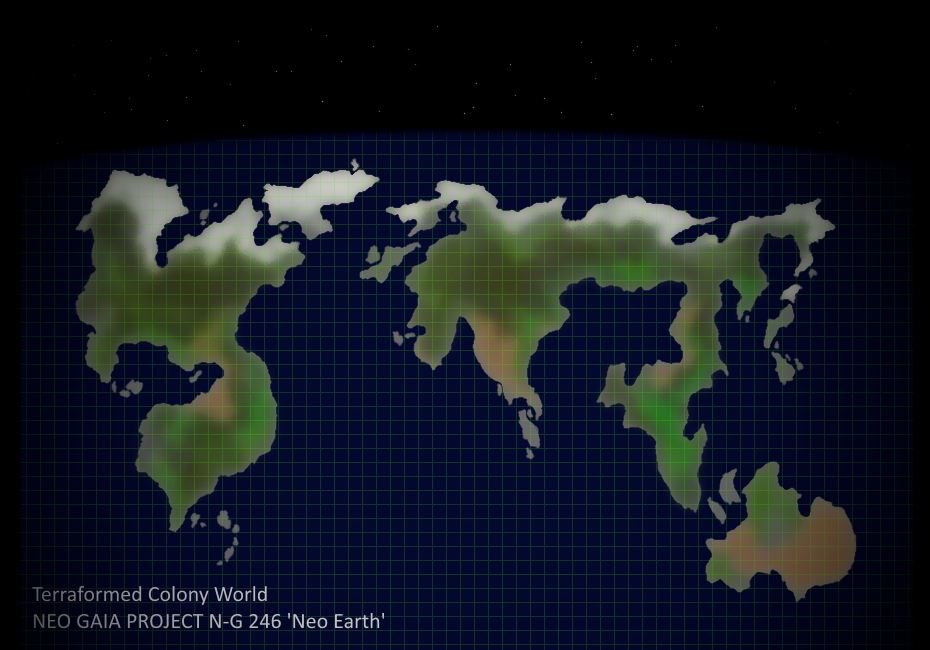 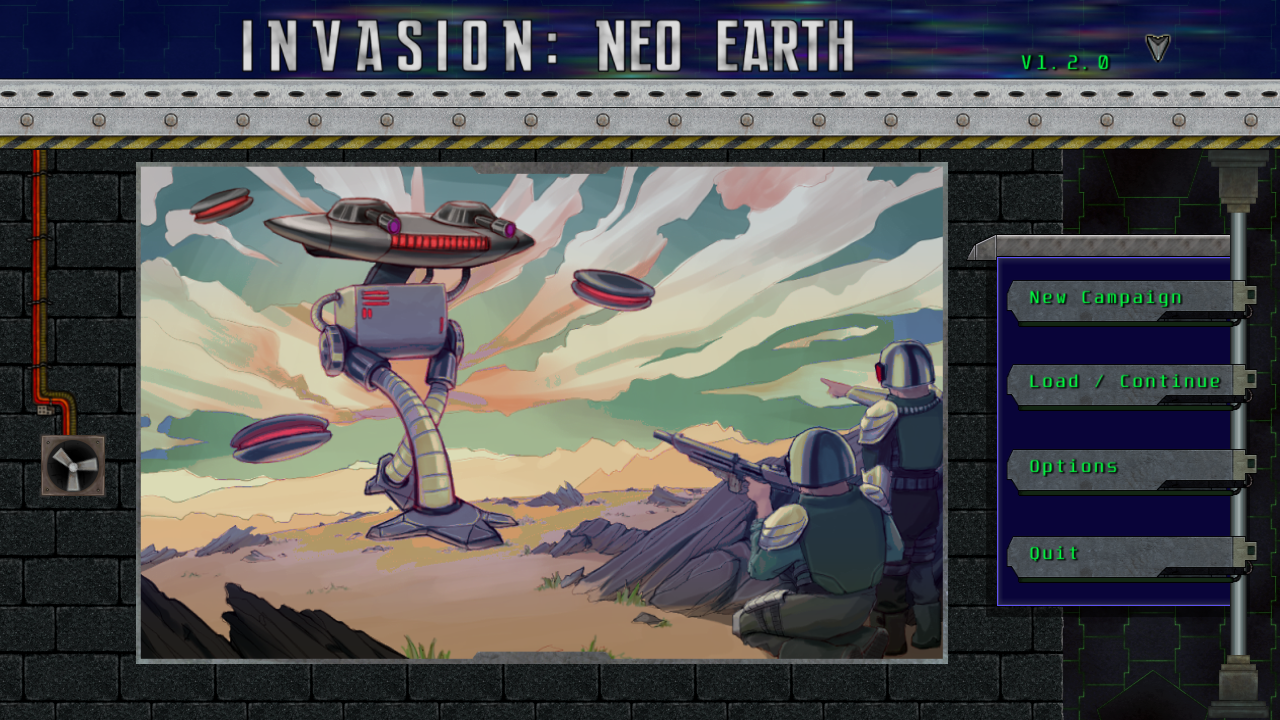 Far, far away from the familiarity of our green-blue planet, Invasion: Neo Earth now takes place on a new world. Colonized by humanity’s terraforming fleets in an era now ancient, the planet designated NG-246 is the crowning achievement of the Neo Gaia project, a second home for humanity set among the stars of a troubled universe.

This new setting provides huge new creative possibilities for the game and anchors it in a greater universe-building project currently underway in which future titles will be set.

I wanted to create a UI that better visually represents the darker, grimier new sci-fi setting. This isn’t a future of slick, clinical minimalism, but one where people are forced to have faith in archaic, oil-clogged machinery and battered computer consoles made of scavenged technology.

It is my hope that the new UI adds a level of atmosphere befitting the new setting as well as functionality for new content in future updates (you may notice the space for new units to be added later in the unit selection menu).

Update 1.2.0 is all about paving the way for a series of content and gameplay upgrades for Invasion: Neo Earth. This is the foundation from which I intend to build a better game set within the dark sci-fi universe of an original IP I am building day by day, one that I hope will spawn many future games as well as possibly other forms of media.

Many thanks to those who have supported me so far during these early days, it continues to be a learning and humbling experience.

This update is all about improving accessibility, adding a system of user-defined key controls and the option to disable cursor scrolling for players who prefer to move the camera with keys only. Also included are a bunch of minor fixes including improvements to scrolling performance.

For those unsure if the game is for them, trying the demo is a good way to find out.

As the game is in early access with development ongoing, your feedback and suggestions are always welcome, the best way to contribute is on twitter by following iao_dev.

Did we mention there is a Metal and Synthwave soundtrack?